EUC accepted to the CLIMPACT Network as Affiliated Member…!

CLIMPACT is the Hellenic National Network of “Science at the service of the State and Society for tackling Climate Change”. 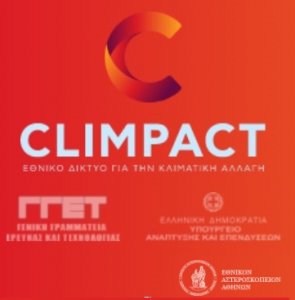 The main targets of CLIMPACT are “the integration, harmonization, and optimization of existing climate services, early warning systems“, as well as “supportive measurements and observations from relevant national infrastructures in Greece“, with particular focus on disasters related to climate change. These targets are achieved through work within the three main pillars of:

On 21st March 2022, CERIDES-Director Prof. George Boustras, was officially informed by the National Observatory of Athens about the formal acceptance of EUC to the CLIMPACT Network, following a unanimous approval during the Network’s Meeting of 11 March 2022. European University Cyprus thus became the first Affiliated Member of CLIMPACT based outside of Greece.