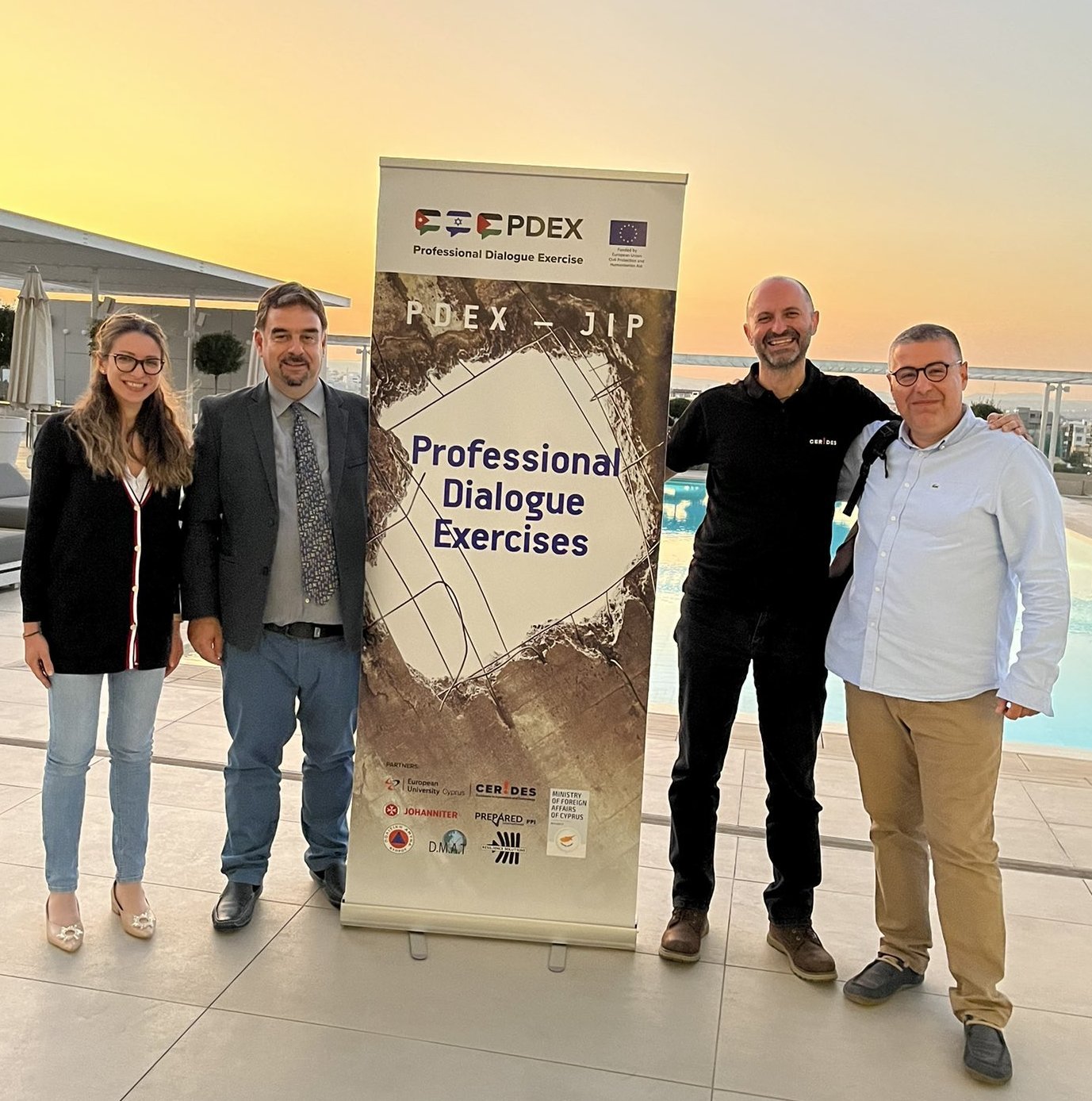 CERIDES is happy to announce the successful implementation of the Main Planning Conference of the DG ECHO project “PDEX-JIP: Professional Dialogue Exercise – Jordan Israel Palestine”. The Conference took place in Larnaca, Cyprus, on the 2nd and 3rd of November 2022.

The conference was co-organised by UN-OCHA and CERIDES, and and it was attended by all PDEX consortium partners. Jordan, Israel and Palestine were represented physically via 4 participants from the Jordanian Delegation (specifically: the Jordan Crisis Center and the Jordan Civil Defense), 6 participants from Palestinian Delegation (representing Palestine Civil Defense, Civil Affairs, Metrology, MOFA and one Military Liaison Officer) whilst Israel was represented by 4 stakeholders (from the National Emergency Management Authority- NEMA, Military Liaison Office and COGAT). Mr. Geir Ellingsen, the DG-ECHO project officer for the PDEX project, also attended the event.

The main objective of the conference was to provide a common framework for discussion between the JIP beneficiaries and the consortium partners regarding the practical considerations of the exercise implementation. In particular, the project objectives were clarified, while a consensus was reached on the initial exercise scenario, the associated injects, capacities, and the organisation and implementation of the Table-Top Exercise(TTX) and the Full-Scale Exercise (FSX). 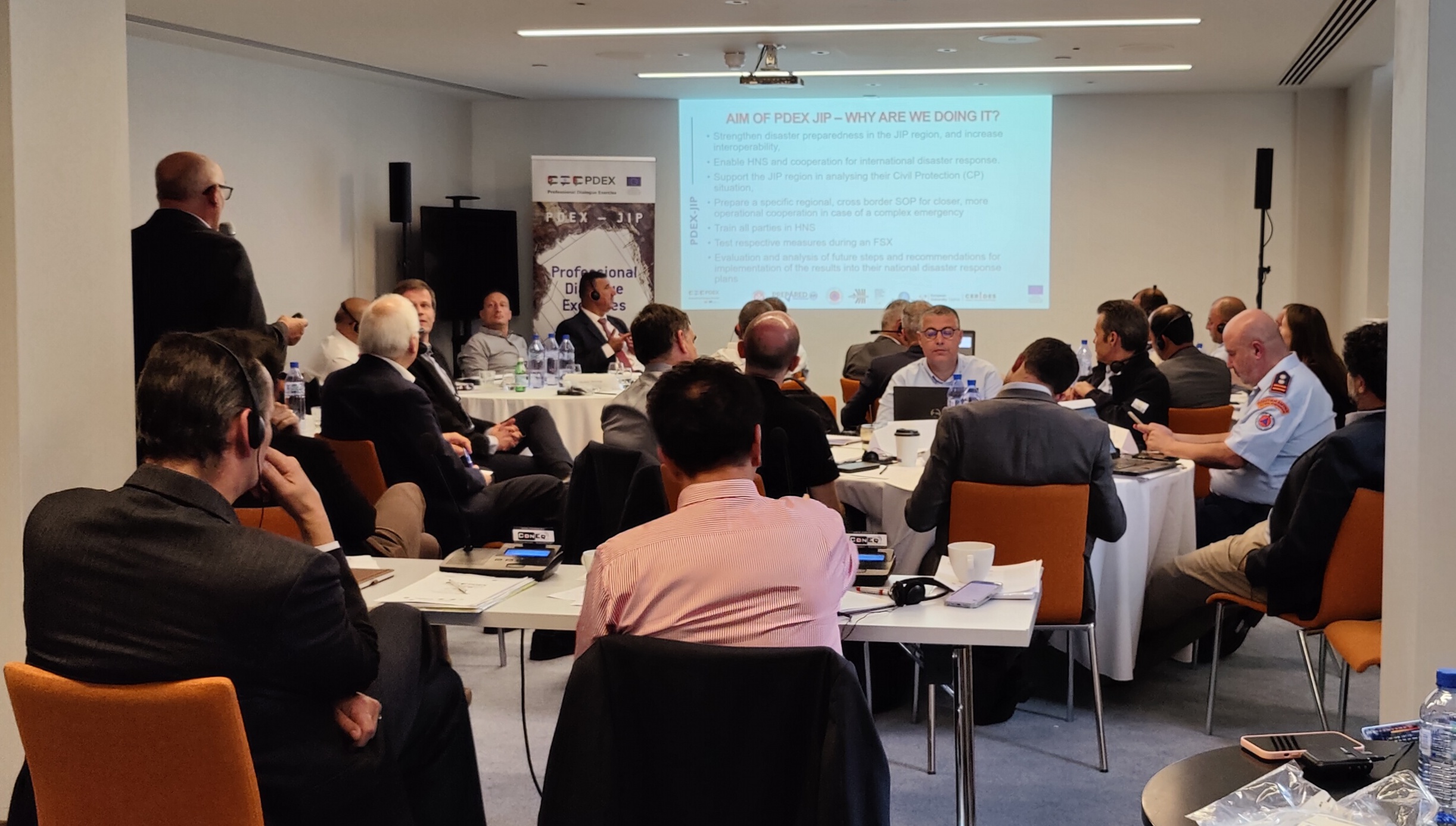 PDEX is a Union Civil Protection Mechanism (UCPM) Full Scale Exercise of particular political and societal importance for the Middle East Region. It is funded under the call UCPM-PJG. The aim of the project is to strengthen disaster preparedness in the Jordan – Israel – Palestine (JIP) region, increase interoperability, and enable Host Nation Support (HNS) and cooperation for international disaster response. The project will also support the JIP region in analysing their Civil Protection (CP) situation, and prepare a specific regional, cross border Standard Operating Procedure (SOP) for a closer operational cooperation in the case of a complex emergency. The project will also train all parties in HNS and test respective measures during an FSX.

The total budget of the project is in the region of 800K Euros. The total duration is 18 months. The project consortium consists of the following members: